THOUGHTS ON MAGIC AND CONSCIOUSNESS UPON REREADING IOAN COULIANO 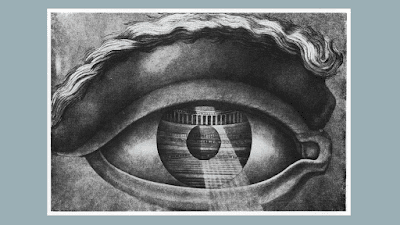 How do magic, consciousness and social manipulation overlap?  I began to think about this things yesterday while I was rereading The Tree of Gnosis by Ioan Petru Culiano. The book was originally published shortly before Culiano was murdered in a bathroom of the  of the divinity school, Swift Hall, at the University of Chicago. He was shot once in the back of the head. His murder has never been solved. (I digress.)

I was particularly intrigued by the last chapter of the book, Modern Nihilism. In it Couliano traces the roots of the modern prevalence of a Nietzschean concept nihilism as found in his untranslatable idea of unbuilding which is in its German original: "man legt Hand an, man richtet zugrunde." Couliano interprets the pun as richten meaning "to build," and zugrunde to mean down to the ground, so the meaning here is more than to simply demolish, instead, for Culiano, it is to un-build, build down. And it is through this un-building that culture can find a way to move beyond its old ideas of transcendence, such as those found in Jewish-Platonistic ideas, particularly those of Christianity.

But it is in short the epilogue, Games People Play, that the intriguing interplay of all these binary, dualistic thought systems come together more persuasively.  Coulianu's juxtaposing of these religious mind games as power games which I found the most perceptive point he made in the book. Unfortunately, he does not explore this in any great detail. If he had lived longer perhaps he would have done so in a later work.
Posted by 2bsirius at 08:20